When asked if I might contribute an image for MSRI program 332, I thought it would be fun to investigate a modular form with a label roughly formed from the program number, 332. We investigate the trace form with label 3.32.a.a. 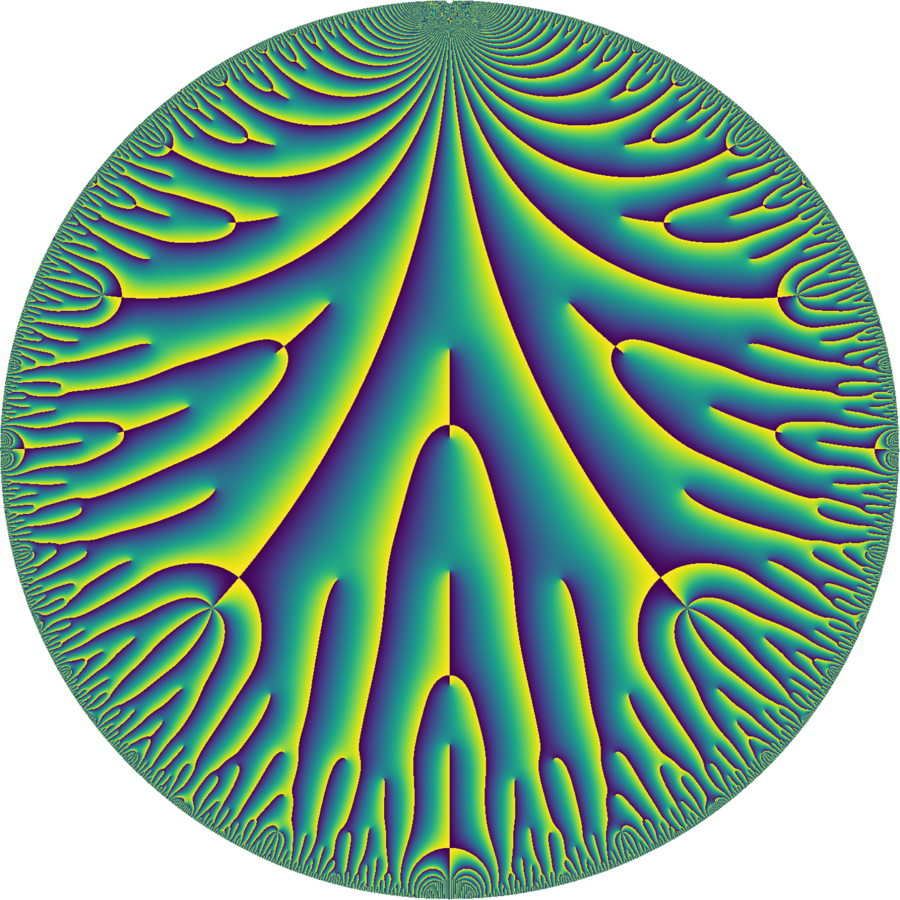 Each modular form is naturally defined on the upper half-plane. In these images, the upper half-plane has been mapped to the unit disk. This mapping is uniquely specified by the following pieces of information: the real line \(y = 0\) in the plane is mapped to the boundary of the disk, and the three points \((0, i, \infty)\) map to the (bottom, center, top) of the disk. 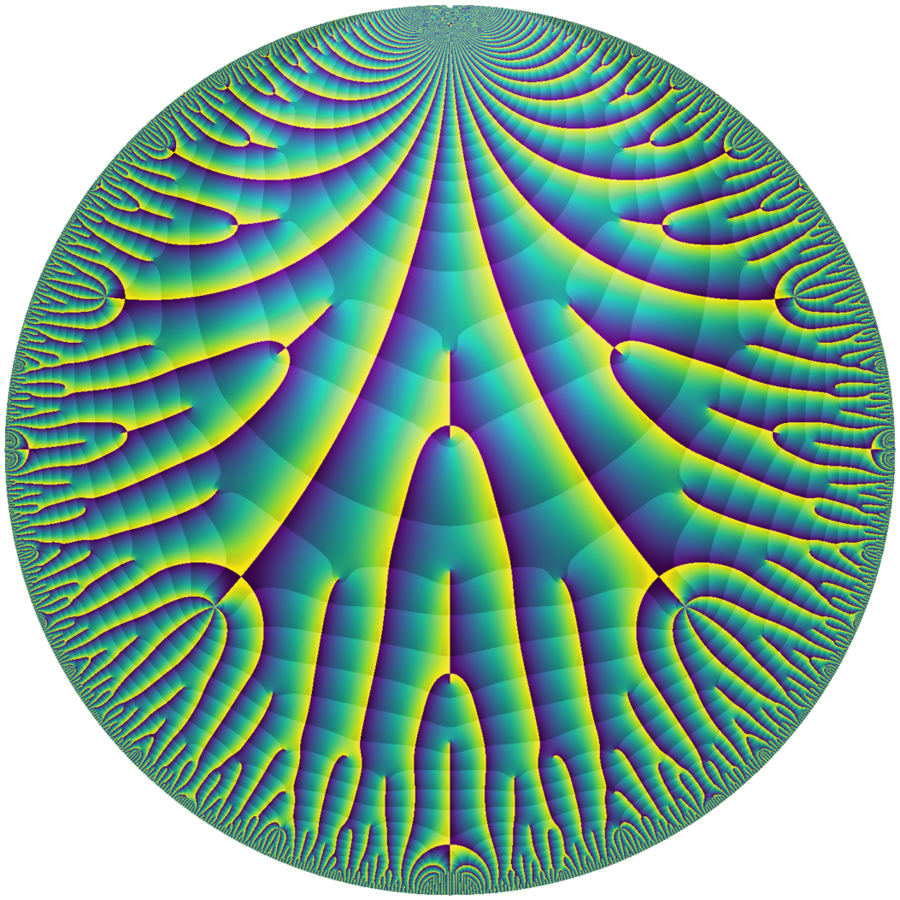 I've changed how I indicate contours from my previous modular forms images. The effect is very pronounced, but the actual change is a minor difference in hue-saturation-lightness pathing. 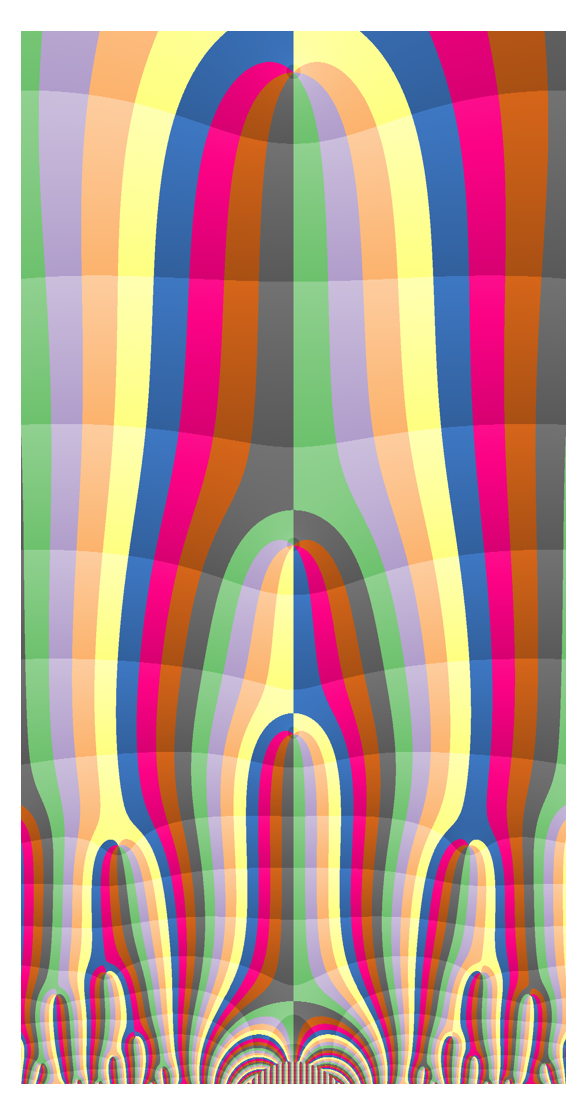 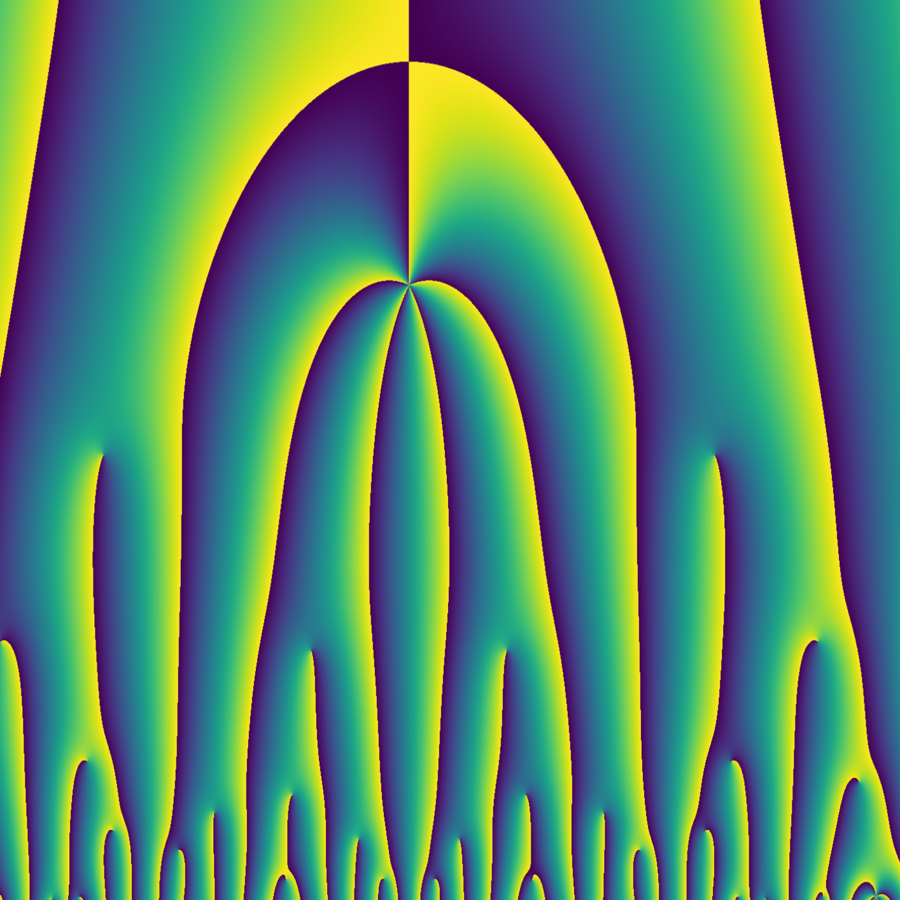