Modular forms are everywhere. I cannot escape them. But why would I want to?

The theme of today is a continuation of my previous series on modular forms (first set and second set) in much the same way that sewing pants naturally builds on studying the geometry of hyperbolic manifolds --- factually correct, but some details are missing in the middle.

We plot modular forms, now in three dimensions. Instead of using color to represent something meaningful, I apply wallpaper to the modular terrain arising from the modular form. 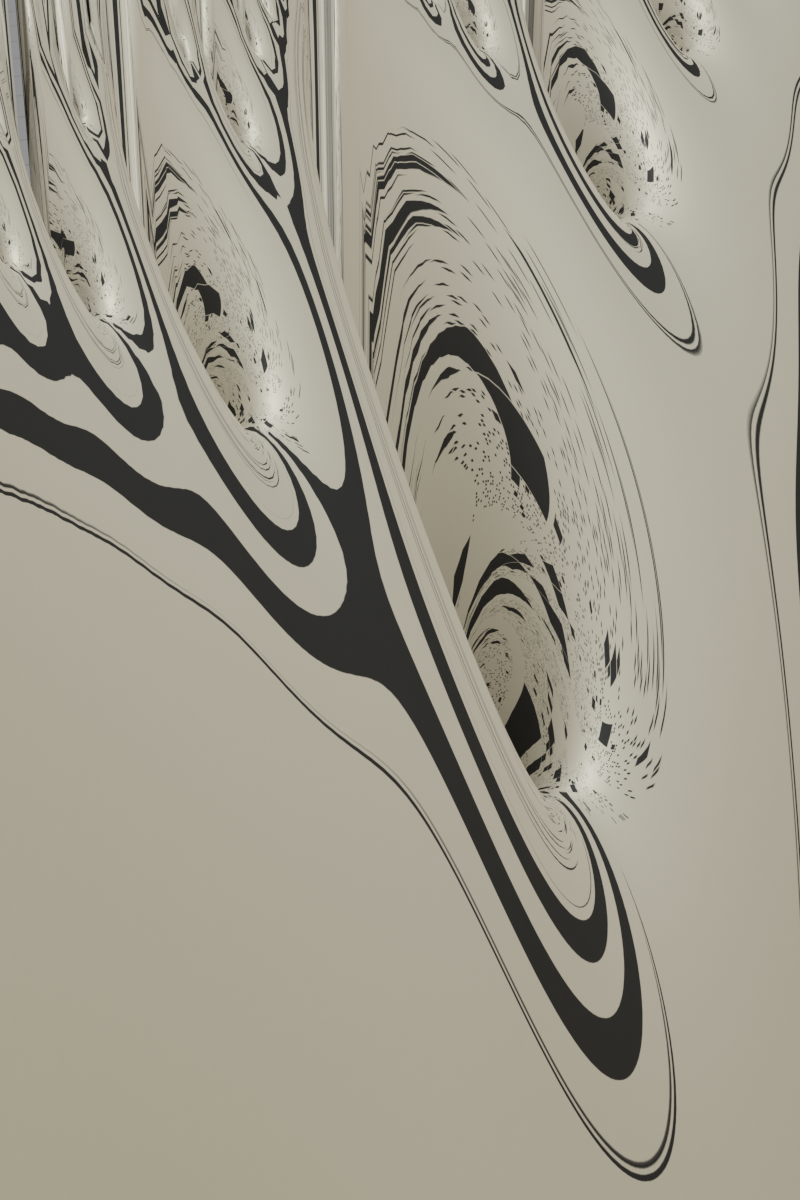 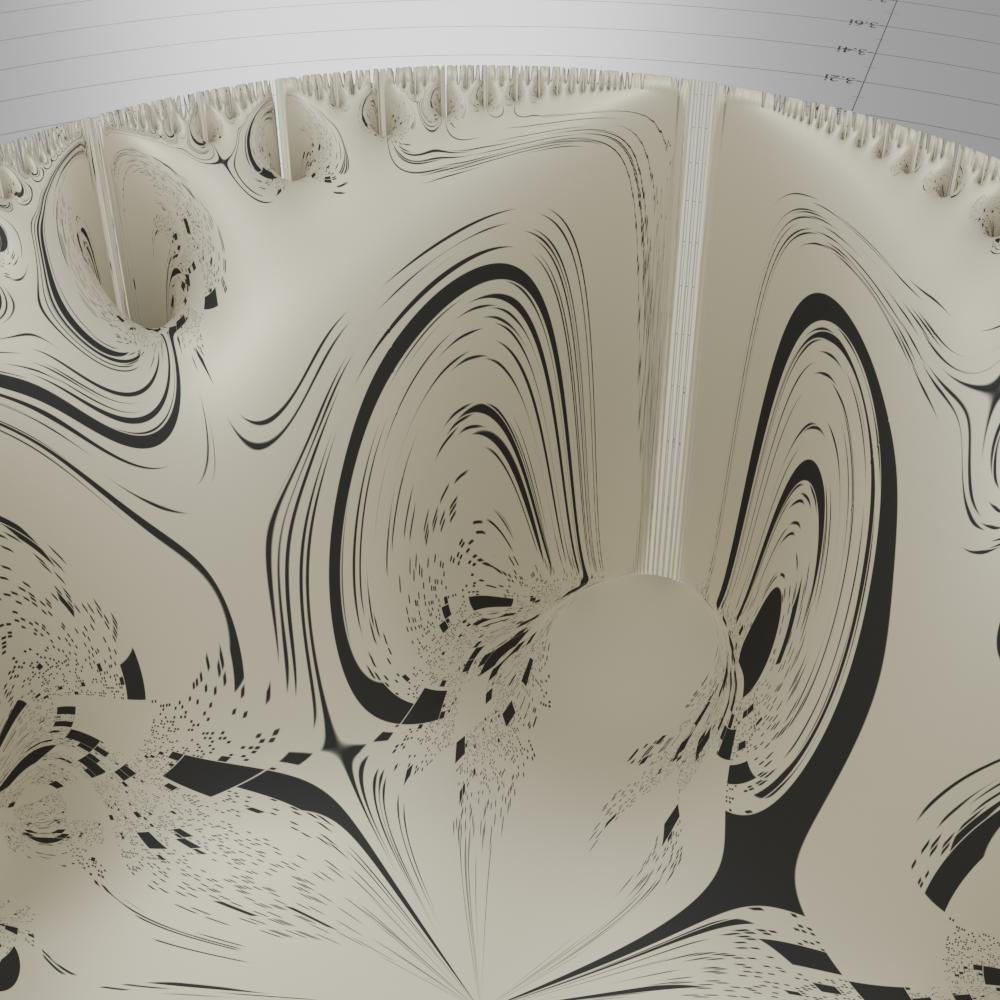 I can't explain each part. I experimented and followed my nose, and I like where it led me. 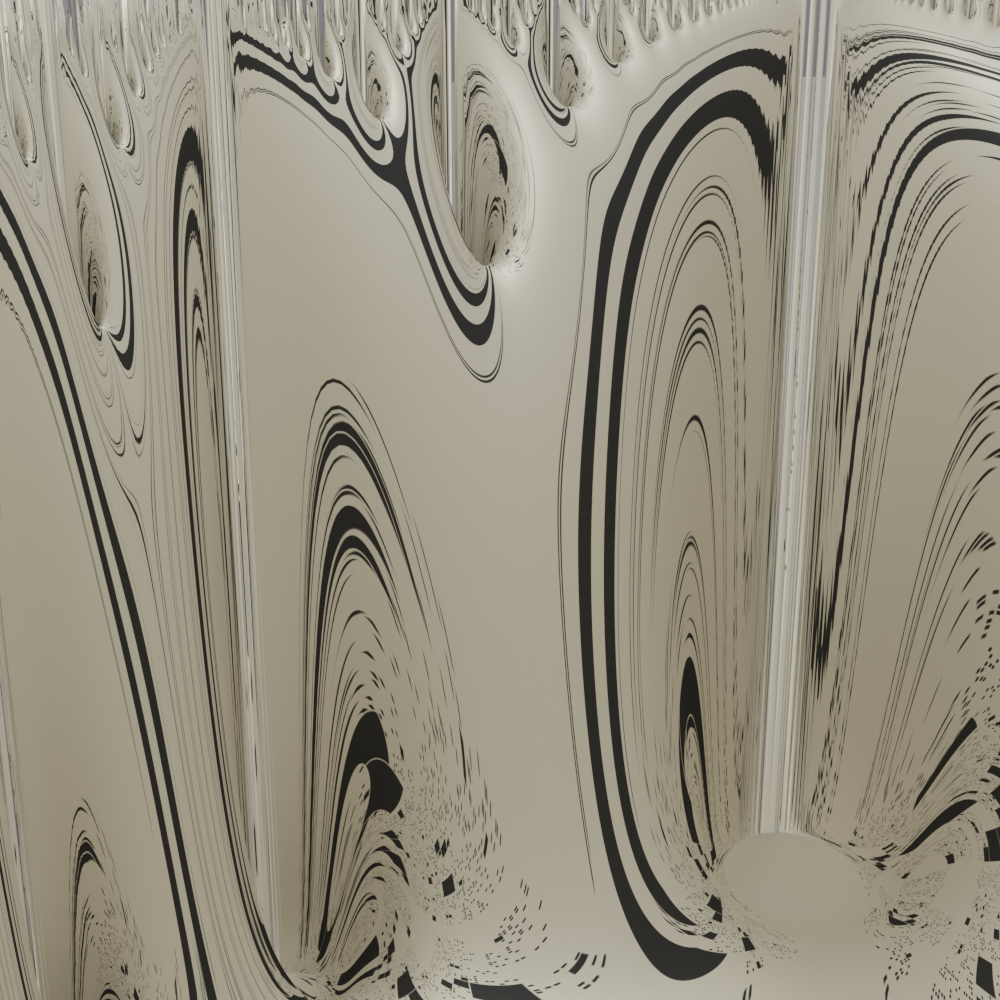 Randomness played a role in the wallpaper. But even if I had that down, I don't think I could recreate this piece. I call it a single piece because I constructed a single, fixed, modular terrain. Here, I'm showing several pictures of the same object. 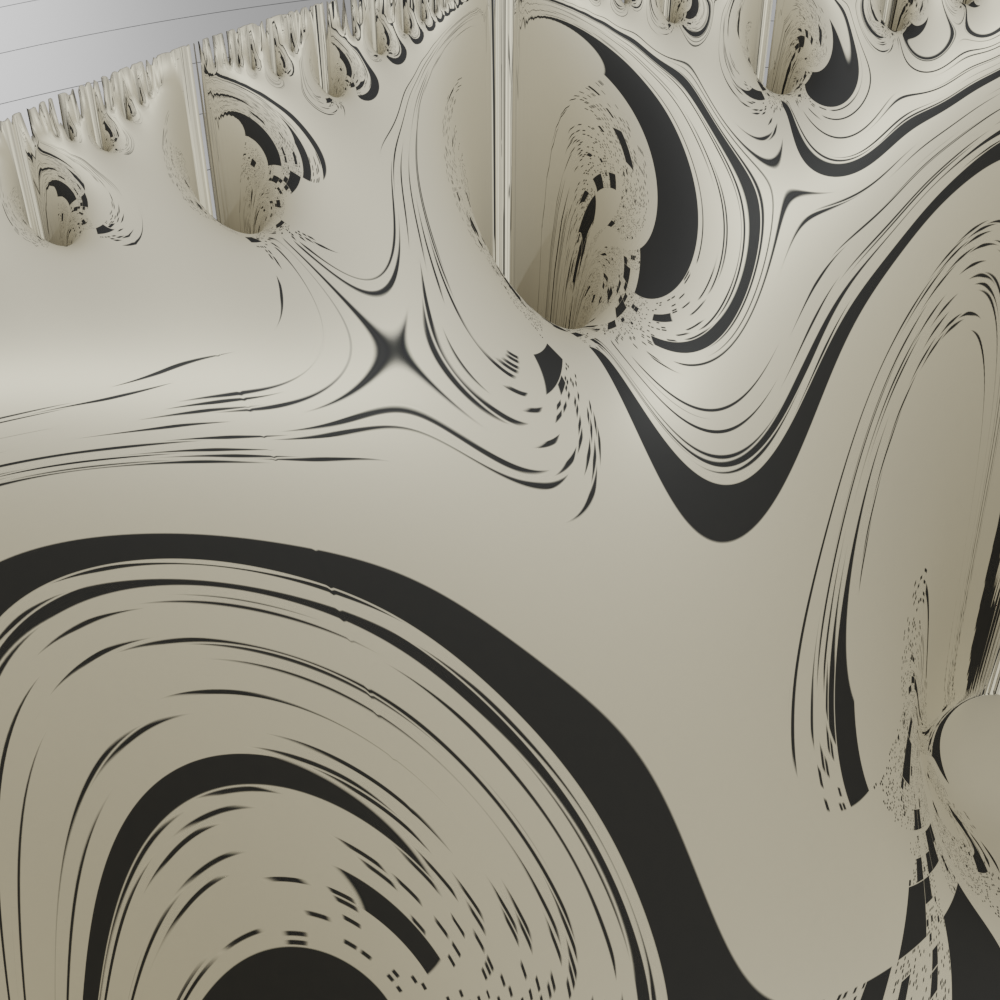 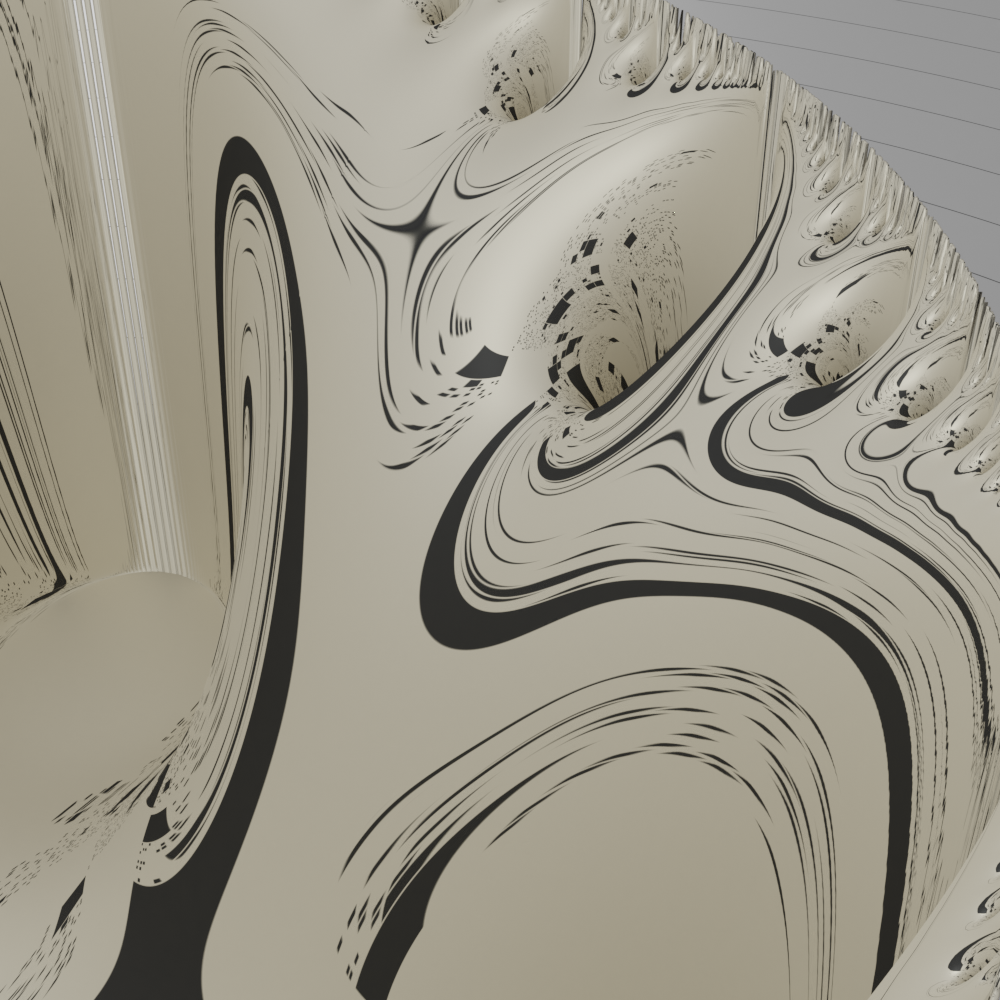 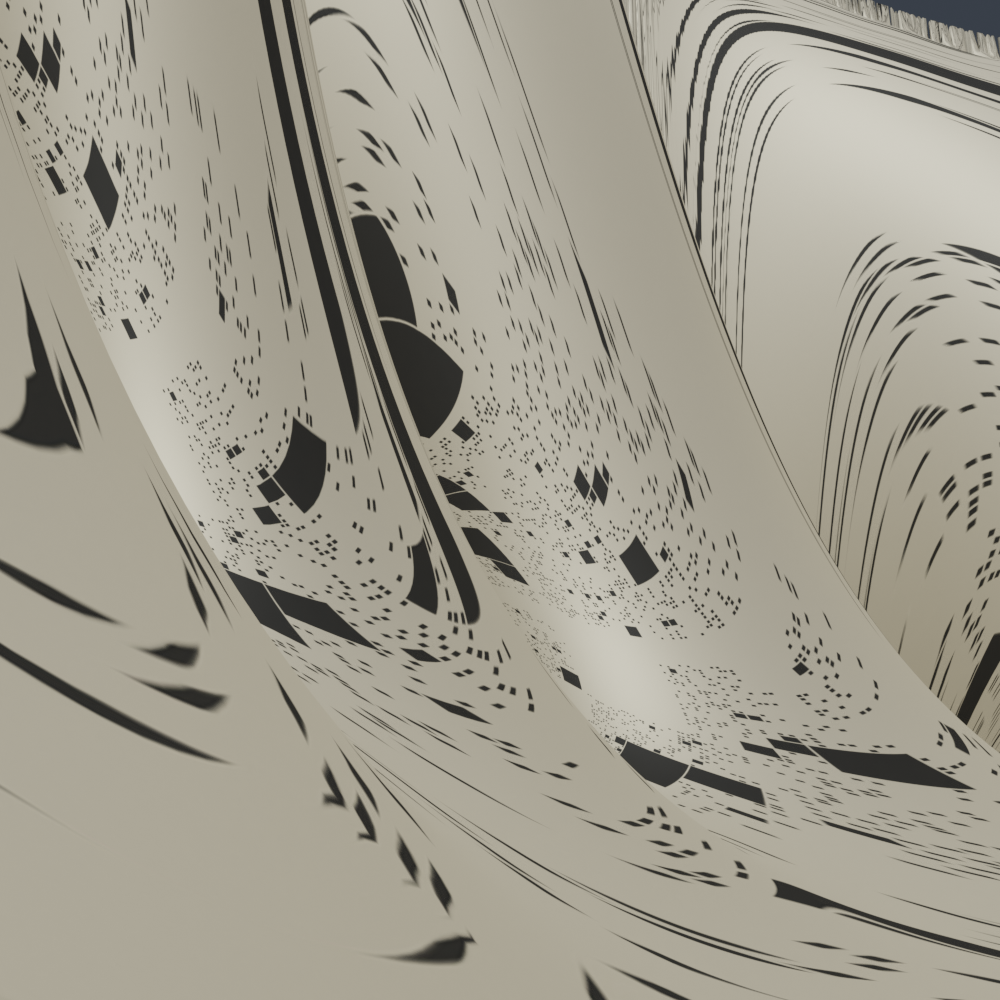 I particularly like this one. It's not obvious from the picture, but this is taken from the perspective of someone standing in the basin of the modular form, leaning up against one of the ribbed walls leading upwards, looking at the next ribs. 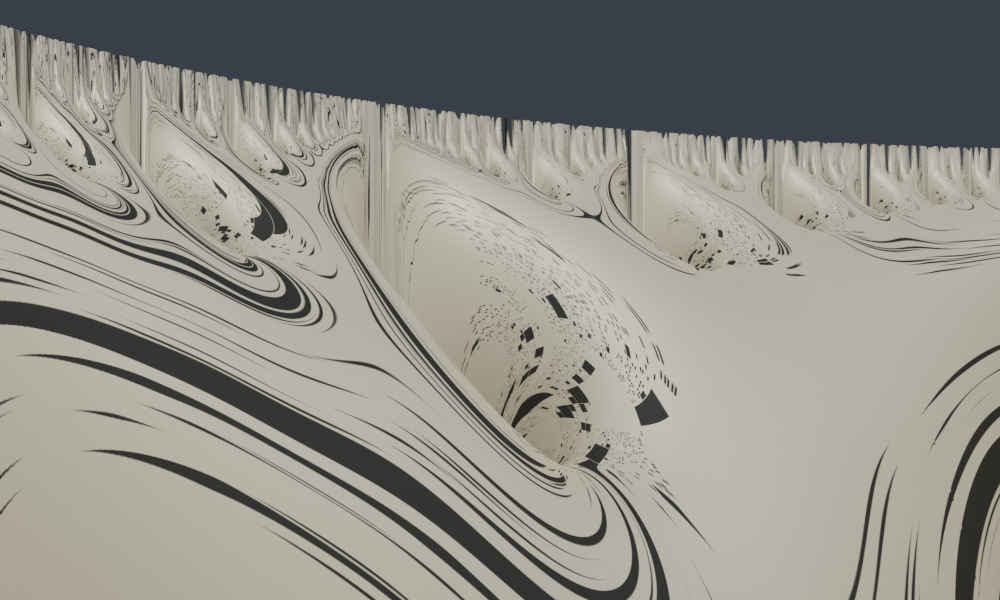 There is a casual effortlessness to the wavy lines. I'd like to say that I made them deliberately, but they are a coincidence. They appear because I distort the wallpaper based on change in the curvature of the modular form, so areas of similar curvature have similar appearance. 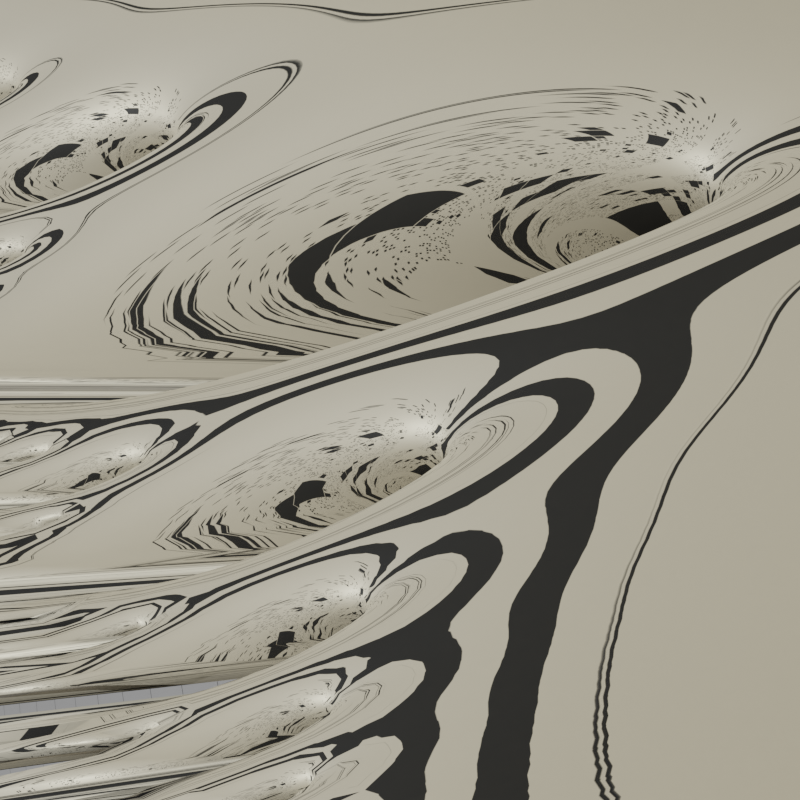 If only there were enough time to look at each nook.

I wouldn't have been able to make these without MathsTown on YouTube, who collaborated with me on a paper for the Bridges Math/Art Conference. He also recently made this great visualization of the Ramanujan delta function, which I encourage everyone to watch.